Finding the Curl in a Disruptive Wave of Change

Home » Resources » Finding the Curl in a Disruptive Wave of Change

I don’t know whether he ever knew it or not, but Warren Bennis was the kind of author that elicited audible reactions from the people (like me) that read what he had to say about leadership. He, Peter Drucker, Tom Peters and perhaps a handful of others in the 1980s jump-started the ongoing obsession with leadership that appears from all available indicators to be both very much alive—and well!

Case in point: Bennis was by no means the first scholar to draw a distinction between leadership and management. But to my recollection, he was the first to put it in terms that made you stop in your tracks and say “Whoa …” (as you reached for a pen to underline the quote and jot a few notes in the margin):

“Leaders … figure out the right things to do …

Managers make sure those things are done … right.”

With formulating an actionable response to all that is COVID-19 as a backdrop, consider the distinctions Bennis illuminates in conjunction with their inherent interdependence:

Since the beginning of time, leaders that could take complicated things and make them simple found themselves with an audience … especially in times of disruptive change. Along those lines, I would offer that COVID-19 is the “Super Bowl” of disruptive change. Three short months ago, literally no one saw this coming. Right now, we continue our active search for “the right things to do” in response to this game-changing pandemic.

The first step forward is to gain insight, in an organizational context, on what just happened. Like many of you, I grapple with that. Thankfully, I have also found myself with plenty of time lately to attend one ZOOM conference after another listening to Warren Bennis-like protégé’s offer perspective. Many of these virtual sessions have been very good, but the one that stands apart from the rest for me is an interview Marshall Goldsmith and Sanyin Siang recently conducted with Sandy Ogg of CEO.works.

I won’t spoil the discussion for you (~20 minutes) but as a preview:

If you are a frontline manager in any size organization right now, it is difficult (at best) to pinpoint the things you need to be doing. I imagine it’s not unlike finding yourself as the guide for a dozen or so others on a raft in the middle of a whitewater rapids run. Quite unexpectedly, the river has gone out of control to a point where it is inducing widespread panic. As your “raft mates” grip their safety harnesses, all eyes are on you. How do you respond? Consider two elements of short-term advice:

You can’t see what’s going on inside somebody else’s head. You can only draw inference about it based on what you do see. There was a time when the focus of that distinction was on determining whether a manager had Theory X or Theory Y assumptions about others (Douglas McGregor). Today, it centers around the work of Carol Dweck (fixed or growth mindset?).

To instill a growth mindset in others, you must model it yourself. Nobody wanted COVID-19 (massive understatement) but now that we’re in the middle of it, what a tremendous opportunity it could turn out to be! We know based on history that when the waves of change crash:

Good managers attack change by treating it as a massive teaching opportunity (for themselves as well as those around them). They are honest, they are transparent and as a first step, they help the people in their raft embrace their circumstances and believe in their collective potential.

When you view change (especially the disruptive kind) through the lens of leadership, what you see is regression. Confident people that have been performing the tasks associated with their roles at a sustained and acceptable level have the rug ripped out from underneath them. Doing things right as a manager while you are rolling through the rapids translates to adapting your approach to the initial nuances of the disruption. In general terms, that means increased structure, an obsession with facts and relentless communication.

Visibility and direct access are key. If nothing else, establishing recurring team “huddle-ups,” one-on-ones and impromptu opportunities to connect will enhance your ability as a manager to assess where people are, what needs to be done and who needs to do it. The readiness of your team to perform has shifted; you need to shift right along with them.

To the best of your ability, focus your team on what you know and can verify, as opposed to what everybody thinks based on something they just heard. Share data and facilitate ownership of a path forward grounded in the interpretation of that information. Calibrate that path based on future analysis of emerging trends.

If it weren’t for change, people would care a whole lot less about leaders figuring out the right things to do … or managers figuring out how to do those things right. As it is, both of those roles will find themselves on center stage into the foreseeable future. 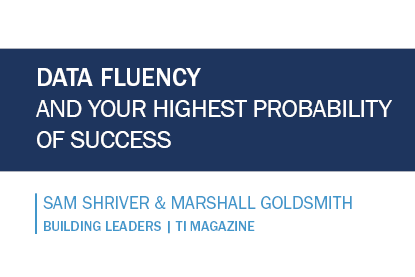 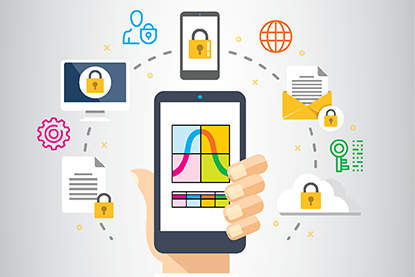 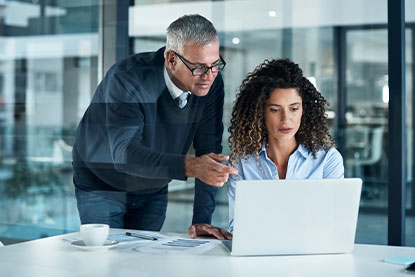 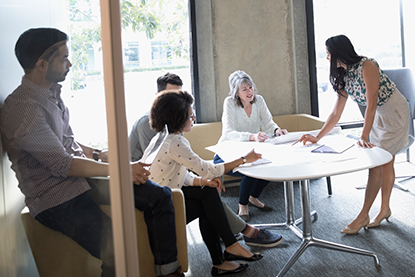