Home » Resources » The Difference Between Performance Management and Change Management

In the interest of complete candor and for anyone that cares, I am a little disillusioned by senior citizenship. More transparency—I can vividly remember being so much younger and daydreaming every now and then about what I would be like when I was somewhere in my 60s and in the twilight of a long and eventful career:

Today, as I conduct a gap analysis of sorts between my dreams then and my reality now, I would say I have achieved my approachability objective but (with ever-increasing regularity) feel like I have fallen embarrassingly short when it comes to purveying useful wisdom. Further, I believe my general lack of effective wisdom purveying could eventually have an adverse impact on the frequency of future approaches … but, then again, I do not want to be too hard on myself here! Ready for an example of what I have been prattling about … and (hopefully) a point or two? Here goes.

An exceedingly bright and consistently energetic member of our team at The Center for Leadership Studies (CLS), who for all intents and purposes is just starting her career, approached me recently seeking wisdom:

Her: “You know how we are always saying that Situational Leadership® is a language of performance management and change management?”

Me: (brimming with the pride a Boomer brims with when core messaging is flawlessly articulated by a Millennial) “Very nice! Yes!”

Her: (rather forcefully) “What, exactly, is the difference?”

Me: (fighting the onslaught of insecurity that appears on the psychological horizon when you thought you were about to have a quick transactional discussion on a topic you could explain in your sleep and are quickly realizing you are being blindsided by a ridiculously relevant inquiry on a topic you haven’t considered critically in quite some time) “The difference?”

Her: “Yeah … now that we have endured six months of change and uncertainty … and hear from a lot of our customers that they are returning to a focus on production and performance … how does Situational Leadership® help them do that … and what, exactly, is the difference between managing change and managing performance?”

Was that a verbatim conversation? No. Was it pretty darn close? Yes. Does it raise a great question worth revisiting/clarifying for Situational Leadership® practitioners? I believe it does! Here is what we know. Leadership is an attempt to influence. It is what parents do with kids (and kids with parents!). It is what sales professionals do with customers (and vice versa). It is what you are on both ends of when you are the member of a team working on a prioritized initiative. And it is most certainly what you do when you find yourself in the role of people manager in an organizational setting with any number of “direct reports.”

On day one of formal orientation, new managers learn about performance management. There are as many variations of these systems as there are companies on the planet, but in essence, each is comprised of the following:

Change disrupts. That is its purpose. It takes well-meaning people who have charted their course to the best of their ability and throws obstacle after obstacle in their paths. The severity of the disruption, as it relates to the relevant tenure of the leader, is key. For example, anybody that has ever been whitewater rafting can speak to the experience of floating down a peaceful river, consciously embracing the serenity of eagles effortlessly drifting above mountain tops, interrupted by a guide that tells all within earshot to “get ready.” Instinctively (especially if this is your first trip down the river) you start paying a whole lot more attention to the guide. In large part you place your safety in his/her hands and rely upon the fact that “this is their job” and they have done this exact thing more times than you can even imagine. So, on command, you hold on … you lean in … and you paddle like a crazy person when you are instructed to do so.

Historically, this is the general context in which Situational Leadership® has acted as a “language of change” (which … let’s be honest … bears striking similarity to the role of Situational Leadership® in performance management). Typically, when change hits … people regress. You take employees that are both able and willing to “sit in a raft and drift down a river” and alter the flow of their routine to the point that it renders their skill set to be suspect, at best. As that reality is setting in, insecurity moves center stage. People can sense the river is becoming very different very quickly. At that point they willingly turn their attention to their manager who, thankfully, has navigated these waters many times and can leverage that experience to provide the structure and reinforcement that is necessary to traverse the turbulence and return those impacted to some semblance of comfort and stability. For lack of a better term, the leader is the boss, and can be counted upon to give those on his/her team the benefit of their experience by providing useful structure in a time of need.

But (and this is truly a huge but), what if you find yourself engulfed by the kind of change that no one in your raft has ever experienced? Like pretty much everything that has happened in 2020. What then? Well, the good news is there are ever-emerging examples of leaders that have included Situational Leadership® in their approach to these circumstances (and creatively extended its reach). Read anything you can find about Alan Mulally’s legendary experience at Ford. Mulally was airdropped into a raft at Ford that was in the middle of legendary rapids heading for a massive waterfall. Because he was the leader, everybody in the raft dutifully awaited his direction. Oddly, he exercised the power of his position in a manner that genuinely reflected his reality. As such, he did not respond as the leader who was boss … he responded as the leader who would facilitate. The approach bears some similarity to traditional performance management practice but is distinguished primarily by the transparency the leader both models and drives. Here are the subsets:

In 2020 many of us learned (far too well) what it is like to be in a raft on a white-water excursion that none of us signed up for being tossed every which way by a very angry river. It also gives us at least a little bit of insight into what it must have been like to be Alan Mulally taking the reins at Ford in 2006. If nothing else, disruptive change is a moment of truth for leaders at all levels. Do you leverage your experience (leader as boss) and tell people when to “lean in, hold on and paddle like crazy?” Or do you target transparency, applaud when you get it and move forward from there (leader as facilitator)?

I am going to go out a limb here and suggest none of us would ever want to repeat 2020 (one global pandemic a lifetime seems like plenty somehow). By the same token, as you take an objective look at what your organization looks like now versus what it looked like in March of 2020, how many of you are blown completely out of the water (pardon the pun) by what has been accomplished, how much pride you have in those accomplishments and the optimism you find yourself with as a result? As to the difference between performance management and change management and the role Situational Leadership® can serve with either, from this point forward let’s just consider Situational Leadership® as a timeless, practical tool that can help leaders drive value … as a boss … or as a facilitator! 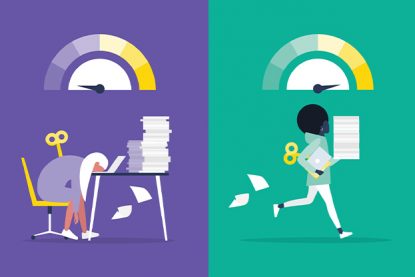 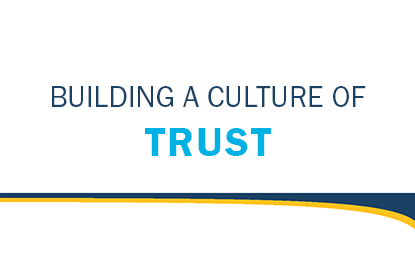 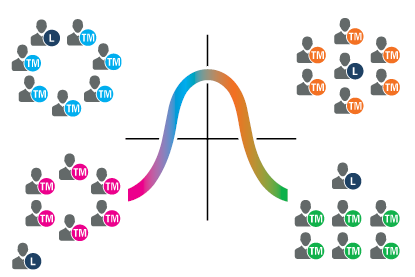